It's now been fifteen years since I started playing the trumpet again, after quitting for a period of seven years.

As with recent years, 2017 began with a focus on travel. My wife and I spent the first few weeks of the year in Utah, driving through its national parks. It was our first time in Utah and it was one jaw dropping view after another. We've been to the Grand Canyon and other places in Arizona, but Utah really blew us away with its abundance of beautiful scenery. Prior to making the trip, we were concerned that snow might close some of the roads, but we managed to go everywhere we wanted without issue. And best of all, due to the cold weather, there weren't any crowds. 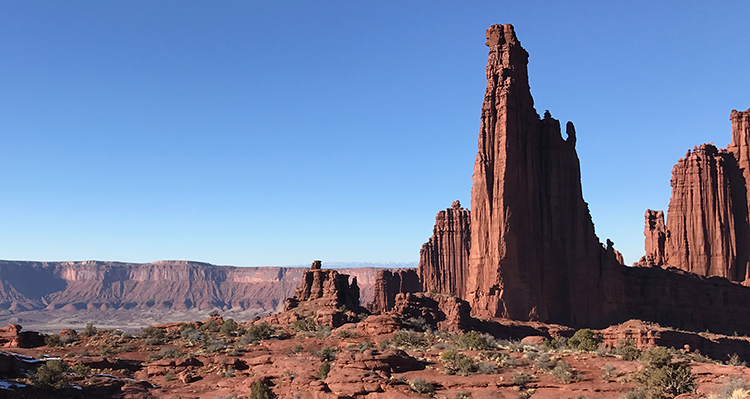 After Utah, we travelled to Mexico. I'm embarrassed to say that this was only my first visit to Mexico. Needless to say, I loved the food, culture, and historical sites. I also had several opportunities to practice my Spanish with the friendly locals. During this trip, we visited Mexico City, Merida, and a few coastal cities on the Yucatan Peninsula. I look forward to exploring more of Mexico in the future.

We had planned a few more trips for this year, but as you'll read below, new priorities arose after our Mexico trip.

The last time I redesigned this site was back in April of 2010. A lot has changed since then in the world of web design and development. One of the biggest changes is the shift towards a mobile-first approach, where sites are now primarily designed to be used on phones and tablets. If you've ever tried to access my old site on a mobile device, you've likely noticed that it didn't scale very well on smaller displays.

For several years I've wanted to redesign this site, but my time and energy has been focused on travel. Earlier this year, however, I volunteered to redesign the website of an independent jazz record label. I really enjoyed the design process and when it was over I thought, "Hey Rick, what about redesigning your own site?"

So now I have a new website design! I will readily admit that this new site doesn't have all of the testing and polish that I'd normally like for a product launch. I hope to address problems quickly, but please let me know if you run into any issues. I'll also note that while most of the site works well with mobile displays, I haven't done much with the online ear trainer. Over time I'd like to have a mobile-friendly interface for that, but it's a sizable project and I haven't had the time to take it on.

In 2001, my wife and I moved from Chicago to Atlanta. I'd like to say that decision was the result of careful consideration, but it came down to this: my wife was tired of the long Chicago winters and she thought she'd like to give Atlanta a try. When we moved, I thought we'd live in Atlanta for 5-7 years before moving to someplace more permanent, but then my career took over and Atlanta became our home for the next sixteen years.

A lot has happened during my sixteen years in Atlanta. I started playing the trumpet again, I befriended members of the local jazz community, I built this jazz blog, I started promoting jazz in Atlanta on this website, I created a few ear training tools, I joined a weekly jazz jam session, I started skateboarding again, I built a mini-ramp in my backyard (so much fun!), I quit skateboarding after spraining my ankle (not fun at all!), I started doing yoga, I learned Spanish and (some) French, I started drawing & painting (this site's Lee Morgan image was drawn on my iPad), and I participated as a co-founder in two very demanding tech startups.

In 2013, after co-founding three tech startups and nearly 20 years as a professional software engineer, I decided to take a break from my career. Since that time, my wife and I have been spending most of our time traveling. For the first time in our lives, we visited countries in Europe, Central America, South America, and Asia. I've loved every moment of our travels, even that time when I got the flu in Paris. Well, maybe I didn't love that, but if you have to have the flu somewhere, you could do worse than Paris!

Initially, we were traveling simply for enjoyment, but after a couple of years we began to think about where we'd like to spend the next 5-10 years of our lives. To help choose our ideal city, I made the following wishlist of amenities: international airport, robust jazz scene, ability to walk to jazz clubs, great restaurants, public transportation, cultural diversity, appreciation of the arts, proximity to friends and family. Oh, and it would be nice if the city is close to water.

The front-runner was an obvious choice, but that city has one major drawback: cold winters. Actually, there are plenty of other drawbacks (like, the outrageously high cost of living), but since cold weather drove us out of Chicago many years ago, that was our primary concern. To see if the weather would be a deal-breaker, we visited our front-runner for the past four years, staying for 6-8 weeks during the winter months. Regardless of how cold or snowy it would get, we'd always find ourselves wishing we could stay longer. And that's how we knew we had found our future home.

I bet you'll never guess which city we picked...

Five weeks ago, we moved into an apartment in Chelsea. It's definitely smaller than our old home in Atlanta, but it has an ideal room for me to practice my trumpet. In fact, it's so well insulated that I've been playing without a mute! I definitely didn't think that would be possible when we first began our apartment search. And best of all, I'm now within an easy walk to about a dozen of New York's best jazz clubs. 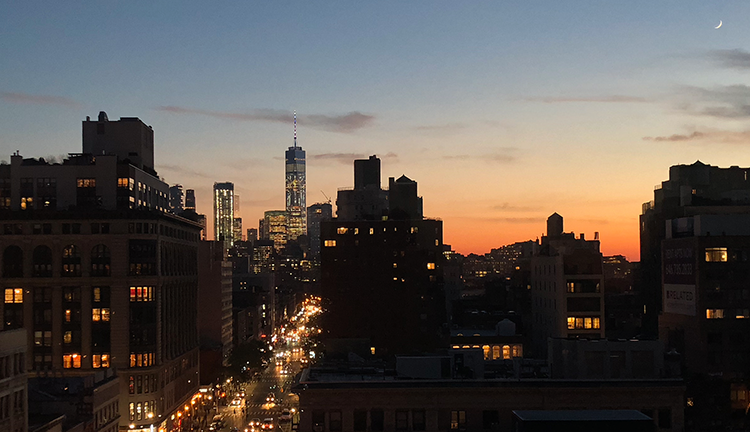 I don't know what the new year will bring, but I look forward to settling into our new home and making of the most of everything New York has to offer.

The new site design looks great (I am using a desktop, I'll have to give it a shot with my phone).

And thanks again for providing the ear training tools - much appreciated!

Just had to say hello - came across your site, while doing some self-imposed ear training, listening to and playing with... Dexter Gordon's I was doin' allright. Stopped practicing to search online for other recordings, and ... your site came up. Great site, great project. My husband (trumpet) and I (saxophone) are at the start of our 'comeback' phase, after too long away! Also, welcome to NY!

I just saw your 15 year anniversary post. I've been using your website for almost a year (mainly for its ear training tool) and I usually head straight to that page, but was super happy to stumble onto your main page with its blog post. Great work! music is a long journey that is extremely rewarding if you stick with it (something I'm really just beginning to learn as I enter my 6th year of learning and playing guitar) and I wish you the best of luck for your own musical journey and thank you for your website which has so greatly helped me improve in my own playing

Congrats!! Got all the same interests. My ankle is a little bummed right now but I'm fighting back with my yoga practice. Used your ear training tool a lot and I am now revisiting your site to use the chords. Thank you so much. This has been a great tool! Cheers!!!

This is great, I just found this blog and spent a ton of time going thru the material. Thanks for all your years of dedication. I see this article was a while ago but I hope you're still going strong.

About Me:  « Taking jazz and trumpet lessons ● Thirteen-year anniversary »