It's been four years since my last journal entry, when I announced my move to Manhattan. Needless to say, a lot has happened (to us all) since then, but for this update I'm going to focus on my musical development over the last two and a half years. 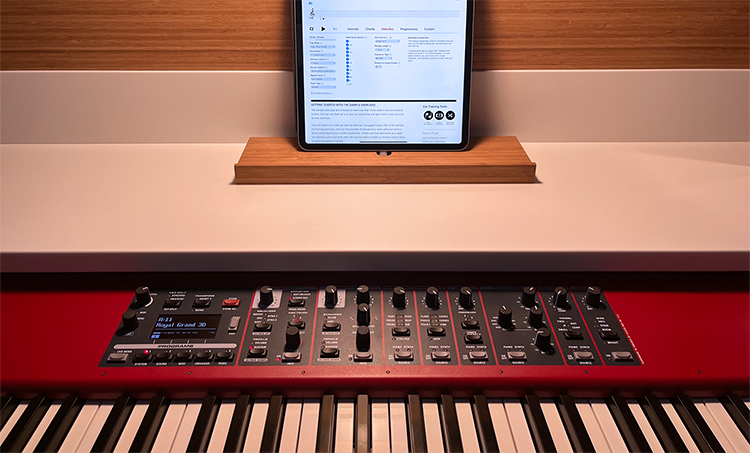 First, some background for those who aren't already aware . . .

Long ago, when I graduated high school, my dream was to become a professional jazz musician. I knew that I wasn't nearly as good as my jazz heroes, but I naively assumed that college music school would somehow transform me into a "great" player. Unfortunately, after two years at two different college music schools, I was only marginally better, and I could see that neither school had the potential to take my playing to the next level. Frankly, neither school that I attended had much of a jazz curriculum beyond combo and big band classes at that time.

Towards the end of my second year of music school, I decided it was time to make a change, so I switched to the business school and majored in finance. During that first year of business school, I had a business idea and taught myself computer programming in order to make it a reality. That business idea didn't actually go anywhere, but it did inspire another idea, and the eventual co-founding of my first tech startup.

Twenty years and two more startups later, I was burned out with the tech industry and ready for a change. Over the next four years, I traveled extensively, and thought about where and how I'd like to spend the next chapter of my life. As I mentioned previously, the "where" ended up being Manhattan.

After moving to Manhattan, the first two years were mostly spent settling in and remodeling our apartment. While my days were busy, my nights were free to explore the New York jazz scene. On average I saw two or three jazz concerts each week (and still do). As most of you know, the level of playing here is incredible. It's basically the best of the best, night after night. While seeing so many fantastic musicians could have left me feeling discouraged about my playing, I instead felt more inspired than ever to improve as a jazz musician.

By the time our apartment remodel was completed, I knew exactly "how" I wanted to spend the next chapter of my life. I would devote myself full-time to music, and finally get the jazz education that I never received when I was in college. To be clear, I'm not trying to become a professional jazz musician. I would, however, like to see if I can become (almost?) as good as one. Or at least as good as someone people call when the "good" players aren't available!

Rather than spend a fortune on a top music school that I probably couldn't get into anyway, I decided to take private lessons with the best teachers I could find. And that's what I've been doing for the past two years. For a while now, I've wanted to share my experiences in those lessons, but I've been too busy practicing. Seriously! I now practice a mix of piano, trumpet, and ear training for a total of four or five hours each day. I still have a year or two (or twenty?) before I'll be where I want to be in my playing, but for the first time, I feel like I might actually get there.

For the past two and a half years, I have been studying with Nadje Noordhuis and Garry Dial. Nadje Noordhuis is my trumpet teacher, specializing in embouchure issues and playing efficiency. You can read more about my lessons with Nadje in this post. In my lessons with Garry Dial, I'm studying ear training, jazz improvisation, jazz piano, and much more.

Welcome back! Look forward to hearing more about your teachers...

Yes! Man I'm stoked for your journey. Not sure if you knew but I have moved to double bass. I LOVE this thing and can't put it down. Electric was cool but there is nothing like acoustic bass in jazz/improvised music. Really glad you are back updating this site.

Yes, I do remember your switch to the bass, but didn't realize that you were know playing acoustic now. I agree, there's nothing quite like that sound. Good to hear from you!

Just found your website and I want to say: WOW. Thank you so much for this AMAZING resource with the online ear training, and for being such an inspiration with your commitment to study and improvement. Hats off to you!

(and greetings from Bristol, UK)

About Me:  Fifteen-year anniversary »