I decided to put together this list of recommended recordings to share albums that have had a major impact on my playing and appreciation of jazz.

Update 5/15/05 - I had planned on updating this list with more recordings, but instead put together a new list. 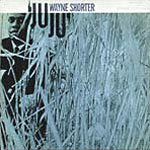 I first heard this album while a freshman in college. Our jazz combo was playing "Speak No Evil," a tune that I had never heard before. I went to the library to try and listen to that recording, but it had already been checked out. Not wanting to leave empty handed, I decided to give "JuJu" a listen.

My favorite tracks are "JuJu", "Mahjong", and "Yes Or No"… but, of course, this album shines from start to finish. 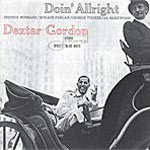 This is my favorite Dexter Gordon album. Both Gordon and Freddie Hubbard (Freddie was only 22 at the time!) play extremely well-crafted melodic solos. Every note sounds perfect. Gordon even manages to make ghosted/empty notes sound cool, as he charges into his solo on "It's You Or No One."

This album also happens to have my all-time favorite Gordon recording, "I Was Doing All Right." I've heard a few versions of this Gershwin tune by different artists, but none match the cool, confident, and laid-back sound on this recording. I could try to describe the sound in more detail, but I think the album photo pretty much sums it up.

When it came time to name this Web site, I instantly thought of this album and the inspiration it's given me to become a better player. 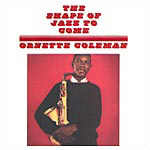 As mentioned in an earlier journal entry, I first listened to this album when I was 16. I found it at the local public library. It had "jazz" in the title, so I checked it out…

At the time, I didn't realize the importance of this album to the avant-garde jazz movement. Nor did I know that it lacked traditional jazz structure and harmony. All I knew was that it sounded unlike anything I had ever heard.

I still get chills every time I hear the intro to "Lonely Woman." It begins with a droning bass line, accompanied by a driving ride cymbal. As the dark mood sets in, the horns enter with a beautiful yet haunting melody. The tune continues with incredibly creative and communicative improvisation by Coleman and Don Cherry.

Tracks like "Eventually" and "Focus On Sanity" may challenge some listeners with the frenzied melodies and sometimes dissonant harmonies, but I think this album is played with such a strong sense of control and style, that the "out" parts are always brought back "in" at just the right moments.

Ditto on "Lonely Woman". That whole 'collective soloing' process that Ornett & Co brought into jazz really sounds revolutionary, even today. My first exposure to O.C> was the "Virgin Beauty" albm but that was ata much later stage in his musical development - he had alomst become mainstream :-)

haven't listned much to Wayne Shorter outside of his work with Miles (I did seea live TV presentation some years ago. I'm gonna try to get Juju.

Finally, Freddie Hubbard is a killer trumpet player in my opinion - saw a someone diss him on a discussion forum (allabaoutjazz) and it really made me wonder about he varainces in individual tastes, jazz and otehrwise

Shorter is widely considered to be one of the greatest jazz musicians and composers of all time. He's required listening. Get with the program!

Seriously, I think there are three major Shorter releases that every jazz lover should have: Speak No Evil, Juju, and Night Dreamer. After those, you'll definitely want to check out Adam's Apple and Soothsayer. These are all outstanding recordings.

No doubt about Freddie. He's definitely in my top 3 trumpeters list, along with Miles and Lee Morgan. And yes, in the various jazz forums you'll read all sorts of crazy things. The important thing is to know what's crazy and what isn't ;-)

I checked out your site. 1959 was a good year indeed. Good stuff!

I'like very much Ornete Coleman, I' lisen in Barcelona at the earlys

70', with the plastic alto sax, and play trumpet and violin, the two last in one very particular way. But with the alto ist wonderful,

The club ist the Jamboree in the Plaza Real of Barcelona.

But a have the record of the two quartets.

Fine music sometimes spanish in the hands of one bass not Handen the other La Faro.

About Me:  « Two-year anniversary ● My playing history - the comeback »